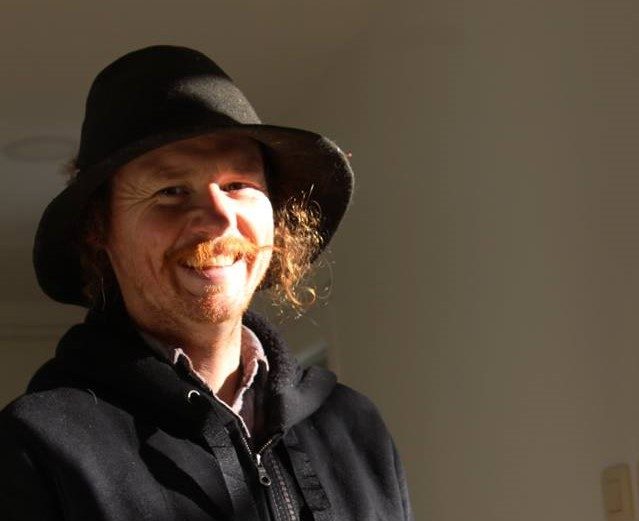 It’s a hot, sunny afternoon in mid-October and I’ve come to Trifolium Farm in Transylvania to meet Jonas Mertens, a native Belgian, who has moved here to take up peasant farming.

The farm nestles in the Gyimes valley, the Hungarian speaking borderlands of Transylvania and Moldova.

It’s beautiful, but this isn’t why Jonas, is here (although I’m sure it helps).

Jonas looks every bit the part. He has a full quivering moustache that any Hungarian hussar would take his hat off to and a jaunty felt hat that they would probably swap their moustaches for.

He has welcomed me to his ample but modest plot, to come and learn more about why he and his wife have chosen to live here.

At first glance, it does seem like an odd decision and bucks a trend which is seeing many people, particularly the young, leaving rural Transylvania to find easier, better paid work elsewhere.

It becomes rapidly clear that Jonas has his head screwed on and moving here isn’t just some romantic dream. But before learning more, I have some new friends to make. Twenty-four nosey and noisy Saanen goats. In caprine terms, these are the elite.

Fourteen of them provide around forty litres of milk a day, which is used for making on average two six-inch cheeses.

Judging by the way they are walking, it’s time for them to be milked. Levi, a neighbour, does the milking while Jonas’ four-year-old daughter helps in her own way. The milking parlour is modern, clean and compact.

The milk is taken to a small on-site dairy, and stored in a fridge until the following morning when the cheese will be made. It’s now time for dinner and a chance for me to talk to both Jonas and his polyglot wife, Kata, about the life they have chosen.

We have a halloumi, beetroot and mixed leaves salad, which is all from the garden, accompanied by a bottle of wine from another farmer.

The halloumi has the trademark salty squeak, but the texture is less rubbery than the stuff I’m used to from the supermarket. We eat it with bread and ricotta infused with wild garlic. This feels like the life – nice farmhouse, nice valley, nice food, great company.

But it isn’t all cheese and wine parties.

Jonas, in gym parlance, is ‘ripped’. The muscles on his arms attest to the hard work and long hours put in over the summer in gathering hay. Two tons is needed for each goat.

‘I get a bit fatter over the winter’ Jonas smiles.

Hay is gathered by hand from the surrounding hills between July and September. It’s made a little easier by using a modern hay cutter which is like a large hair trimmer on wheels. But it’s still a big job. Wouldn’t it be easier use bigger machines or just take the goats up to the hills?

‘Not if we are to maintain biodiversity’

‘Scientists have been here and studied the meadows. We have to keep to the old ways of making hay to preserve this incredibly rich environment’

In terms of public awareness, biodiversity is the poor cousin of climate change, but it is every bit as important. As the name suggests, it’s a measure of the variety of species within a given habitat. The broader the range of species, the better it is at self-regulating and adapting to change.

Studies have shown that allowing meadows in hilly areas to grow over the summer and then cutting them down is better for biodiversity than allowing animals to graze, or leaving them alone. Otherwise the thuggish plants will dominate.

And here is the problem. Young people are often reluctant to carry on their family farming ways and look to easier and better paid work elsewhere.

The upside for Jonas is that he can have all the hay he wants for free.
So, what are their plans for expansion?

‘We may get up to about thirty milking goats, but no more. It depends on Ludo and Troy’

They are his two male goats who have been taking a backseat role all year. In a week or so, they will need to become the stars of the show and impress the ladies.

‘That would completely miss the point,’ he says.

‘There is only so much hay I can gather, even with neighbours or volunteers helping. I also want to demonstrate you can have a good life staying small.’

Rather than building a cheese empire, Jonas has several projects on the go, and more in the pipeline. Jonas and Kata have built a holiday home that will appeal to walkers in the summer and cross-country skiers in the winter. They also run tours of their farm for visitors who want to learn more about what they do and try their products. And being part of a village means neighbours helping each other out.

Finally, I start to see what Jonas means. Instead of putting all your eggs in one basket, maintaining a diverse set of activities makes for a viable lifestyle, much like the meadows he harvests.

If one thing fails, you have other things to rely on. That way you self-insure. You also stay physically and mentally stimulated. You create a more rounded, balanced life. It isn’t an original idea. It’s what peasants have been doing for millenia.

Jonas’ community stretches well beyond the Gyimes Valley. He is an active member of Ecoruralis and ALPA, two organisations that support small scale farming and help promote good practice, share information and seed banking. Last week two volunteers turned up through the WWOOF scheme to help out while they learned more about the farm.

When you factor in the volunteers, his connections with other peasant farmers through Ecoruralis as well as visitors like me, Jonas has a better social life than most of us. Jonas stifles a yawn. It’s eight thirty. Bedtime.

At 5:30 the next morning I get up – surprisingly as fresh as a daisy. Jonas is busy on his laptop and the goats will soon need milking.

We had a breakfast of, can you guess what?

I tried a three-month-old hard cheese which was rich and satisfying, another was flavoured with locally picked chanterelles and a third, the youngster, which was only two months old.

As much as I liked the three-month-old cheeses, the two-month-old was particularly interesting. It had been made in the height of summer and had a bubbly texture, which was as pleasing as the rounded flavour.

I took a few photos, said goodbye to the goats and went with Jonas to the holiday home he owns in the valley opposite, as well as his new project – a barn conversion. It used to be where the local woodsman lived. ‘We had to rebuild his house, which had rotted, but he made the barn from all the best wood that passed through his hands.’

I had a look around and then left a busy Jonas to carry on with the barn conversion.

I wanted to learn more about the science behind peasant farming and so went to Miercuea Ciuc to meet Gergerly Rodics who has been working on studies of biodiversity in the area. Gergerly confirmed what Jonas had told me. He also gave me an insight into the work done over the last decade to learn about and promote eco-friendly farming practices which will be shared in a later post.

Having spent time with Jonas has made me wonder what lessons we can all learn.

We don’t need to become peasant farmers to realise that we are small parts of a bigger whole, socially and environmentally. It may be a cliche, but the sum of the parts can be far greater and we should be aware of the collective impact our own choices make.

Also, diversity is important in our individual lives as well in society. Focussing on one activity and trying to scale up may feel right, but it isn’t necessarily wise. Staying modest in size and using spare time and resources diversifying may provide a better model.

But perhaps the most important thing I have come to realise is:

Or see the goats in action…