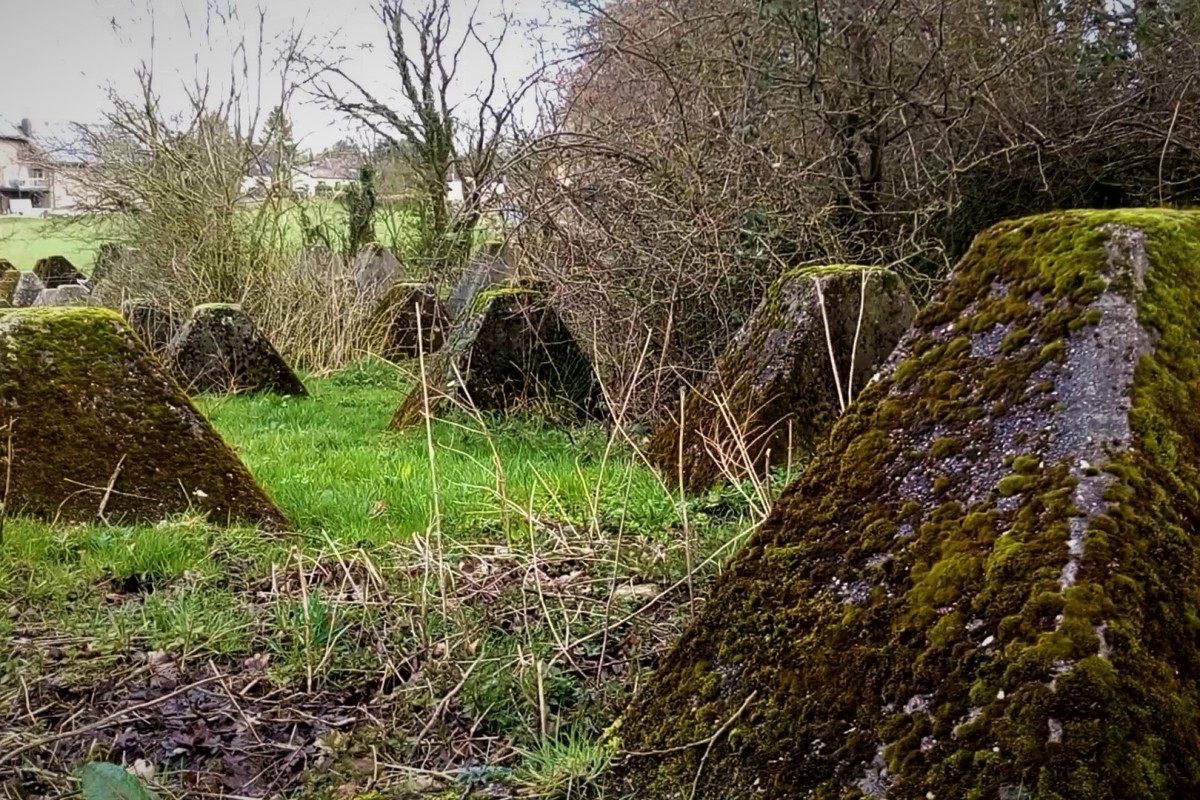 But despite the toil of hundreds of thousands of labours, it proved to be just as useless. While the Germans went around the Maginot line in 1940, the Allied armies’ solution four years later was to go over the top by just piling earth over them with bulldozers.

Now these teeth provide a unique habitat and are home to diverse flora and fauna.

They are even being traversed by a different type of mobile armoured unit.