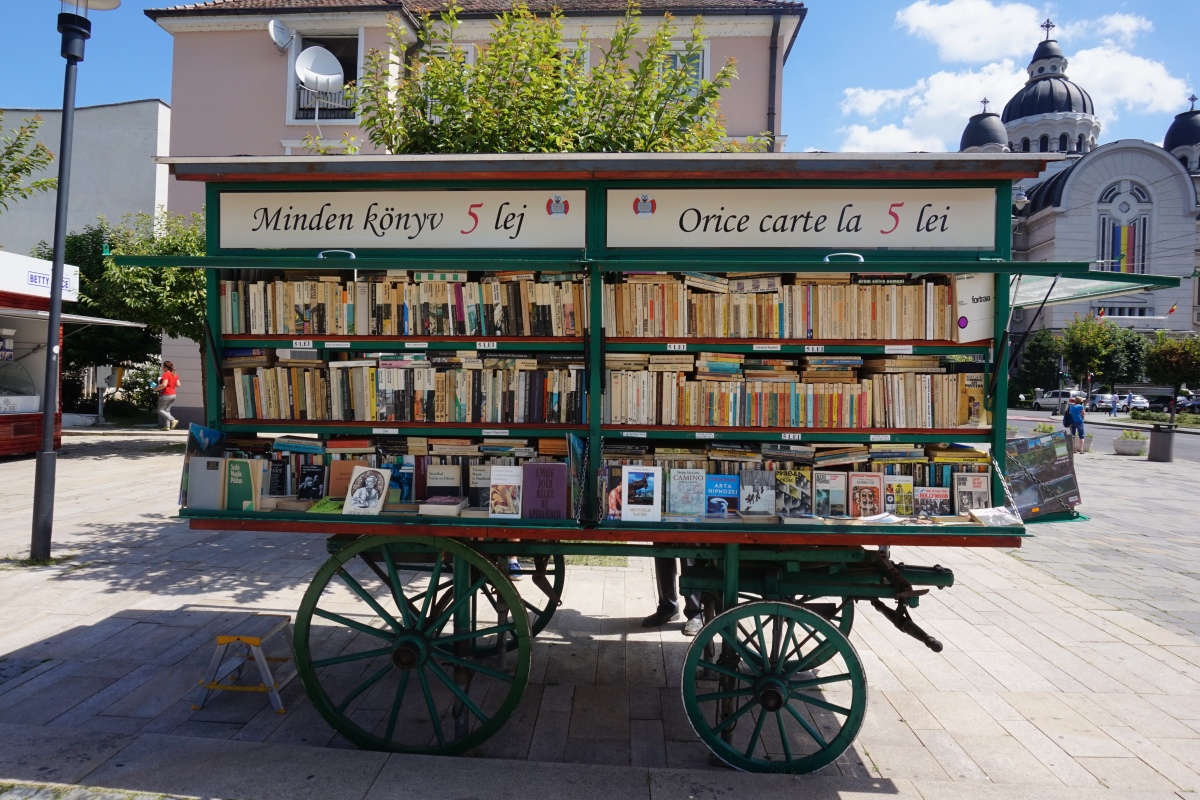 Like much of central Europe, this Transylvanian city has more that one name. Some call it by its Romanian name of Târgu Mureș and others by the Hungarian Marosvásárhely.

The proportion of books in each language on the stall give a clue to the proportions who say Târgu Mureș to those who say Marosvásárhely.

Two languages might mean booksellers having to stock twice as many books, but not everything that is written is a translation of the same thing.

A browse at the Romanian and Hungarian Wikipedia pages, show that the different languages allow for two very different accounts of the same history, particularly over the violent clashes that occurred in 1990. Since then, things have settled down with different points of view being dealt with in the close-run local elections between the ethnically-aligned political parties.

Both languages can seem daunting to outsiders and must pose a challenge to the many foreign students who attend the renowned medical school, UMFST.

For anyone wanting to start their journey into Romanian, Hungarian (or both) by finding out what the city’s name actually means, it might help to know that it also used to have another name.

In the days when this town was part of the Hapsburg Empire and had a significant Jewish population, it was also know as Neumarkt am Mieresch.

This place was a new market/Târg/vásárhely on the river Mureș/Maros – ideal for a bookstall.