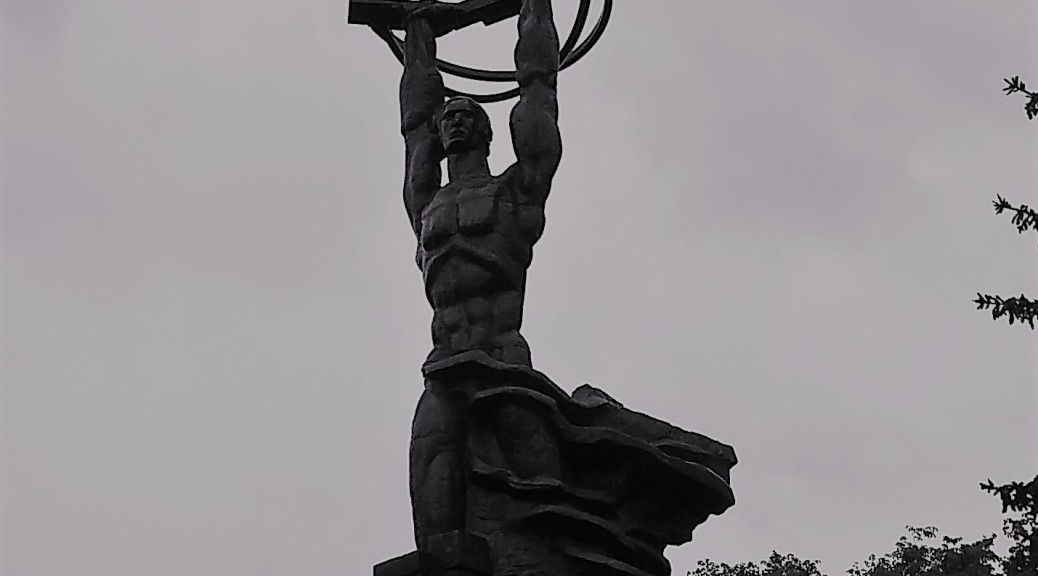 Sillamäe is a small town in Estonia near the Russian border with a complex layered history, much like the shale it is built on. But what remains of the past and what does the most recent layer look like?

I went to find out.

After being destroyed in the Second World War, it was re-built as a town with a vision where its inhabitants would not want to leave, even if they could.

Built by gulag internees and POWs, this town had an urgent purpose. To supply uranium for the Soviet Union’s nuclear program and help it catch up with the USA which had already demonstrated its capabilities at Hiroshima.

Closed to outsiders and removed from maps, to most of its inhabitants, this little town would have been a whole world.

Wandering around the neoclassical apartments, concert hall, and other municipal buildings, it has an eerily familiar feeling, at least for fans of The Prisoner. Perhaps it should be twinned with Portmeirion.

Having said that, my very first impression of Sillamäe during a torrential downpour wasn’t eeriness but queasiness from an overwhelming smell of gas. It would be easy to assume this is a bad sign for visiting this former Soviet nuclear town with a large tailing pond full of nuclear waste nearby. Making this pond safe and preventing spillage into the Baltic was a priority for the European Union on which work was completed in 2008.

One person who also felt the strange push-pull of the place was film director Roman Baskin who used it as the setting for his Estonian cult movie Vernanda a curious film that plays with the idea of being trapped in a town facing imminent doom.

Taking a wander down to the sea front, a must at any seaside town, offers a view of the Baltic and the port. Unsuccessful attempts have been made to run commercially viable ferries to Finland but the main hope still lies with heavy metals. Now the work is to extract niobium for mobile phones rather than uranium for weapons, which is progress.

As well as neoclassicism, the town also has a somewhat faded collection of grey brick Khrushchyovkas as well as a set of Brezhnev era panel-build flats which may be the most recent soviet relics, but also the ones apparently most in need of maintenance. The three sets of buildings each in its own distinct part of the town are like layers of Soviet history. Grand vision, shoddy improvement and shoddier decline.

The scrappier buildings have a smattering of graffiti, mostly in Russian with occasional bits of English and offer a reminder that at least 90% of the town’s inhabitants are native Russian speakers. Given the tensions between Russia and the West, what do these walls say?

Most comments are about Julia’s love-life. Lucky Julia…

There is a determined effort to make sure this town is on the up. Whilst the authorities are renovating the main thoroughfares and have added an eco-bike trail to the parkland. It’s the inhabitants who are taking the lead.

Sillamae Museum founded by two local artists provides both a look back as well as community activities. They have their work cut out for them as so much of the past is undocumented, but it’s their energy that makes the Sillamäe compelling and the museum a must, albeit with Google Translate.

As for where to stay, there’s the hotel – Hotel Krunk. Built as part of the neo-classical layer, it makes little of its architecture, but instead relies on serving passing trade with cheap beds. Reasonably priced food and drink are served at the attached restaurant accompanied by a continuous medley of Russian pop classics and a whirring glitter ball.

And with a full tummy, what better way would there be to cap off an evening than with a stroll around the neoclassical streets as well as let your ears – if it wasn’t for the smell of gas.